Posted at 20:38h in Guest Posts by Abigail Kohlhoff 0 Comments

Recently I had the privilege to be invited to The Bookseller’s Children’s Conference. It was an amazing day. The room was full of so much positivity and a good reminder that children’s publishing is definitely on a roll. The inimitable David Fickling suggested that this was more than a golden age of children’s literature, it had gone through the roof. There were certainly times at this conference when it felt stratospheric.

We were told how one in three books sold were children’s books. Sounds fabulous, doesn’t it? There were still some sobering moments though, while children’s books sales had increased by 0.05%, young adult fiction sales had dropped by 22%. Children’s non-fiction had the biggest jump with an increase of sales of 55%. Something to watch or consider even, if you have a good idea that hasn’t been done before maybe.

Rebecca McNally of Bloomsbury Books spoke about how ‘Middle Grade got its Mojo back.’ She pointed out that the very best of MG often starts being successful locally then spreads its wings. Rebecca also highlighted that when a publisher is succeeding in MG they are, in fact, building stability because of the nature of the audience. A new one keeps come along as the old one grows up! 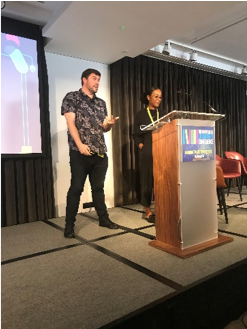 The issues of diversity were addressed eloquently by Aimee Felone and David Stevens, both co-founders of Knights Of, as they told us about the amazing year they’d had since their launch and their plans for the future. They spoke about #Booksthatmatter while highlighting the fact that ethnic diversity is continuing to rise, thereby making the need for books that include inclusive characters even more important. Farrah Serroukh, of CLPE, further reinforced Knights Of’s comments when she spoke about CLPE’s Reflecting Realties report which stated that:

Farrah reminded us to think about what our characters are doing as well as what they look like. Suggesting we beware of falling into the trap of stereotypes and clichés when portraying diverse characters.  Emily Goldhill, from Livity, pointed out that diversity is an experience and we need to understand that experience as a whole-lived experience when writing about it and considering publishing anything linked with it.

The whole of the CLPE presentation having followed on from the Knights Of presentation made you realise quite how much still needs to be done, and as a disabled author, I am all too well aware of this. One comment they did make really touched home for me though, and that was the fact they reminded us that books have the power to heal, as well as to broaden minds and our world. This is something that I believe strongly, and I think we all need to hold it close to our hearts when we are writing. We can make a difference, particularly in these difficult times. We can write stories that children can escape into, where they can seek solace and feel hope, particularly if they are seeing characters just like them star in it. As CLPE also said, every child is entitled to feel free and valued.

Emily Goldhill, the strategist from Livity, a youth-led creative network, went on to make us all think when talking about Generation Z.  Generation Z are those born between the mid-90s to the mid-00s, and are some of the biggest consumers. Emily emphasised that being online has fundamentally changed our world. Technology has empowered people enabling them to play with their identities and explore their sexuality/gender. She also suggested ‘being more human’ by going to talk to Gen Z rather than just by looking online.

Author Maz Evans made an impassioned presentation about the importance of libraries and access to books. Did you know it is a legal requirement for a prison to have a library but not a school? No, I didn’t either. Madness! But the amazing work that Maz is doing with the #BookBuddies scheme was a reminder of how supportive the children’s book world is.

The real sense I came away with was that among the publishers, editors, agents, booksellers, librarians and authors of the children’s book world there is a continued desire for change, so much energy and positivity. It is an area of publishing that continues to be so welcoming and supportive of established authors, debut authors and aspiring writers and this conference highlighted that fact.

Thank you to Charlotte Eyre and all at The Bookseller for inviting me. 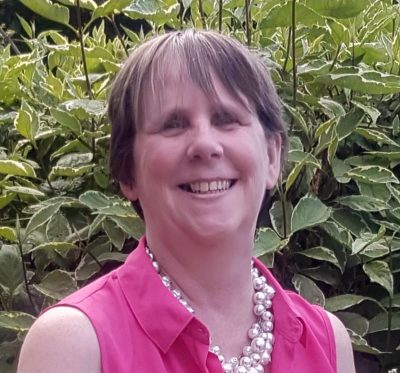 Vanessa Harbour is a disabled writer and academic who loves words and believes in living life to the full regardless of what life throws at her. In particular, she likes to weave her words into stories for children and young adults, providing moments of hope in a difficult world. When she was growing up she wanted to be either a doctor or writer. Now she is a Doctor of Creative Writing so has the best of both worlds. She is a Senior Lecturer in Creative Writing at the University of Winchester. She is also Academic and Diversity Consultant/Editor at the Golden Egg Academy.